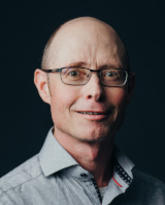 You can find more about the research in the Strous Lab here.

Marc Strous is the Canada Research Chair for Geomicrobiology, Innovation Fellow and Graduate Program Director at the Department of Geoscience as well as a Fellow of the Royal Society of Canada. Combining exciting science with real world applications, he strives to reduce greenhouse gas emissions associated with energy production. Scientifically, he has been successful with a blue ocean strategy, opening up entirely new fields of research multiple times. For example, he has discovered the bacteria responsible for anaerobic ammonium oxidation (anammox), unravelled the first anammox genome and metabolic pathway and translated the research into an actual application for wastewater treatment. The anammox process has been applied worldwide, at full scale, leading to the reduction of tons of CO2 emissions per day and generating significant revenue. He also pioneered the study of denitrifying methanotrophs, bacteria that convert nitric oxide into oxygen and made several key contributions to ecological interactions among bacteria, bacteria and protists and bacteria and plants. Currently, he is exploring how microbial communities work, drawing inspiration from economic theory. He also contributes research expertise to our society by working with local food and beverage businesses and supporting our local environment, for example with projects focused on groundwater Metagenomic and proteomic approaches feature prominently in the research and he has also made several contributions to bioinformatics. Marc Strous obtained his MSc (1995) and PhD (2000) at Delft University of Technology (The Netherlands). He worked as a Process Specialist at University of New South Wales (Sydney, Australia) and became a Professor of Microbiology at Radboud University Nijmegen (The Netherlands). From 2009-2013, he was a Max Planck Group Leader at the Max Planck Institute for Marine Microbiology (Germany). He joined the University of Calgary in 2013. Marc Strous is a Specialty Chief Editor with Frontiers in Microbiology. Together with Angela Kouris, Agasteswar Vadlamani and Christine Sharp he founded Synergia Biotech Inc., a startup company that produces a climate-friendly natural blue pigment for food and beverage.