Giving Day 2021: Be part of something big

Calgary a cappella group, the Heebee-jeebees

The coin collector who makes — and gives away — millions. The community-minded student who delivers groceries to seniors during the pandemic. The donor who has given money toward a bursary, every month, for more than 50 years. The nine-year-old who asks for money instead of birthday presents in order to help save his grandfather.

These are the people who inspire those of us who work at the University of Calgary. And it was these people, and thousands more, whose generous efforts sparked UCalgary’s first Giving Day four years ago. The original concept was straightforward: to celebrate philanthropy in its myriad forms by giving people a way to give back to their alma mater. Whether it was to support a specific faculty, an area of research, a cause — or, as was the case last year, to an emergency COVID-19 relief fund for students — the idea was to illustrate that no act of giving is too small.

And it worked. Since UCalgary Giving Day launched in 2017, thousands of people have contributed a total of more than $4 million that, in turn, has funded many projects and initiatives. This year, the 24-hour fundraiser will take place on April 22 and, just like previous Giving Days, all gifts are being matched dollar for dollar, up to $2,500 per gift, while matching funds are available.

The theme for Giving Day 2021: We Are Your UCalgary — and Your Support Takes Us Further.

Riffing on the theme, we asked a few alumni to answer what UCalgary means to them. Here’s what they said.

“My UCalgary is for inspiring an entrepreneurial spirit within me to eventually create my own path and launch my own business,” writes Paula Worthington, BA’01, founder and principal of Worthington PR & Story. “One happy memory is visiting Toronto for the first time to compete with my U of C Enactus team in an entrepreneurial challenge. Little did I know that I would eventually move there upon graduation, sparking the journey for many more opportunities and adventures to come.”

“My UCalgary is for a degree that was a stepping stone to a grand and satisfying career,” writes recent retiree Brent Harris, BSW’87. “Not unlike Camp Chief Hector, my years at U of C provided me with lifelong friendships. Roar for the Dinosaur!”

“My UCalgary is for musical memories and building ‘community-building’ muscles,” says Ken Lima-Coelho, BA’94, vice-president of community engagement, YMCA Calgary. “Picture this: Four undergrads dressed in denim shirts and cartoon ties, literally crammed into a ‘borrowed’ grocery store shopping cart, singing tunes while a Gauntlet photographer snapped photos. Why? One of our first gigs for our fledgling a cappella group, the Heebee-jeebees, was raising money and awareness for the U of C’s Campus Food Bank. Not much has changed 27 years on. This past Christmas, we did our 27th annual Calgary Food Bank fundraiser and, although we wouldn’t fit in a shopping cart now, we learned about the power of giving back at UCalgary.”

“My UCalgary is both my foundation and springboard. It is where I made some of my best friends, learned my most important lessons and felt at home,” writes Eric Termuende, BComm’14, co-founder, NoW of Work Inc.

“My UCalgary is for memories,” writes Arch Award winner Lisa Dixon-Wells, BPE’84, BEd’87, MEd’97, founder and executive director of Dare to Care, an acclaimed bullying-prevention program. “Having attained three degrees at U of C and having been a captain of the varsity swim team for five of those years, I have a bounty of wonderful memories. The one that most stands out most to me, however, occurred in the fall of 1981. An announcement was being made at 9 a.m. as to which city was being awarded the 1988 Winter Olympics. The parking lot by the Kinesiology Building was full, and no one was leaving their cars to get to class. Instead, right at 9 a.m., Calgary was announced as host, and the parking lot, along with the entire university, erupted in cheers, honking horns, people crying and general euphoria. Needless to say, no one made it to first class that day!”

“My UCalgary is for lifelong friendships,” writes Tara Weber, MBA’17, western bureau chief with BNN Bloomberg. “My cohort was a group of amazing people who made going to class something to look forward to after a long day of work. I am still in touch with many of them and will be for years to come.”

“My UCalgary is for opportunity,” writes another Arch Award recipient, Emily Hicks, BHSc’13, president of FREDsense Technologies. “My favourite university memory was getting the chance to represent the U of C at the International Genetically Engineered Machines (iGEM) competition at MIT in Boston. As an undergraduate student, getting involved in interdisciplinary research was such a unique opportunity. But winning a bunch of awards against Ivy league schools ... that was the icing on the cake.”

This Giving Day, we hope you’ll take a moment to reflect on what UCalgary means to you and the difference your gift — of any size — will make. You make a huge difference when you give to UCalgary. On Giving Day, your gift can do even more 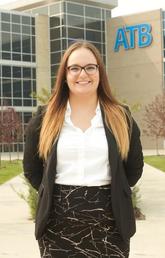 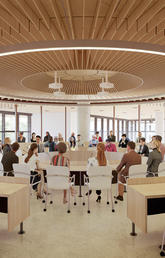 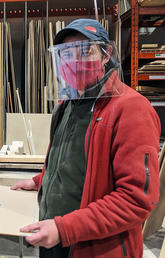 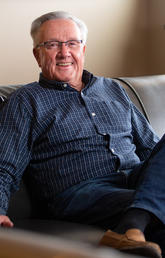 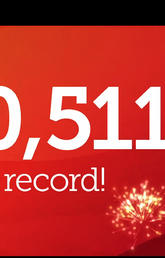