'Call me She because I'm a woman'

Transgender engineering prof shares personal story of coming out on campus, and encourages us to embrace the uncomfortable

On the outside, Dr. Chris Macnab, PhD, appeared to lead a fulfilling life as an associate professor researching robotics in the Schulich School of Engineering. But it wasn’t until she began living as a woman that she felt truly whole and happy.

“When I presented as a straight, white, male professor other people assumed I was ‘normal,’ but I was living an exhausting performance and eventually my brain broke down,” says Macnab.

“The new me enjoys a balanced, whole, integrated, and happy brain. Even though living my natural female self is effortless for me, other people struggle to comprehend that I’m far healthier than before.”

Macnab points out that a lack of acceptance for her identity is also a systemic problem. According to the Diagnostic and Statistical Manual of Mental Disorders (DSM-5), being transgender is still classified as a mental disorder.

“All six psychiatrists I saw immediately told me I was delusional without ever asking me a single question about my childhood, my life experiences, or my sexuality. They wanted me to take anti-psychotics for the rest of my life,” says Macnab.

“Identifying as gay was removed from the DSM only after a lot of political action and protests, but there’s still a gap with how psychiatrists treat people. I don’t feel safe and I’m not sure that I have all the rights that I’m supposed to have.”

Though change happens slowly, progress is happening. In 2018, the World Health Organization committed to removing transsexualism from the International Classification of Diseases in the next version of the manual, which is used by most countries around the world.

Another positive initiative that has picked up steam over the past decade is the International Transgender Day of Visibility, an annual event on March 31 dedicated to celebrating transgender people while raising awareness of the discrimination they still face worldwide.

Starting conversations is a step toward inclusion

If we can’t rely on our manuals or legislature, how can individuals create inclusive environments for transgender people? For Macnab, the answer is simple — through conversations.

“Since I’ve been living my true self, I don’t think I get evaluated for my words, behaviours, ethics, or principles very often — I usually get judged for how uncomfortable I make other people feel,” she says.

“If a transgender person makes you uncomfortable, instead of avoiding them or ignoring them, invite them for a cup of coffee and have a conversation. Forget what you have read about `transgender’ and be open to learning. The transgender experience is still very much a mystery and is a unique journey for each individual.

“I’m still raging at the way the system works and the way I’ve been treated, but I also know I’m in a privileged position compared to many other transgender people, who feel they must keep their experiences secret in order to be safe. Not only can I teach my students about tolerance and diversity, but I can write articles in academic journals to change the way the world understands and treats the transgender community. I’m not afraid of revealing things about myself and I hope that by sharing my experiences and telling my story, people will learn from me." 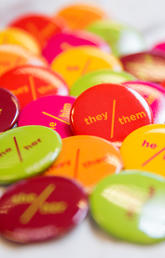 How to be an ally after Pride Week 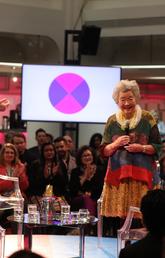 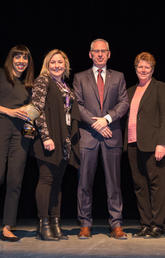