UCalgary Law teams had success over the weekend at several mooting competitions across Canada.

Second-year students Cassidy Newfield and Shannon Peddlesden, along with coach Gavin Fitch of McLennan Ross LLP, were in Toronto competing in the Willms Shier Environmental Law Moot, where Shannon was named a Distinguished Oralist.

UCalgary Law also made history by competing for the first time in the bilingual Laskin Moot! Congratulations to third-year students Alex Heine, Sydney Thompson and Eric Rayment-Law, and second-year student Scott Carriere, as well as their coach Melissa Burkett of Alberta Justice! Both Alex and Sydney were among the top 10 oralists for the event.

Our Kawaskimhon Moot team, which included second-year student Hychen Lee, and third-year students Amber Blair, Jenna Pich and Chad Haggerty, was successful because the team engaged in interest based negotiation from the start. The team was coached by David Laidlaw of the Canadian Institute of Resources Law. 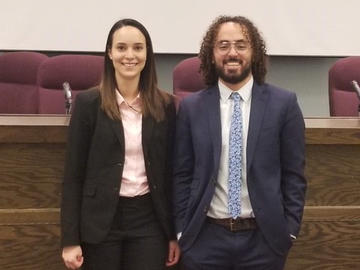 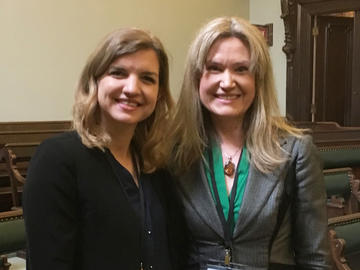 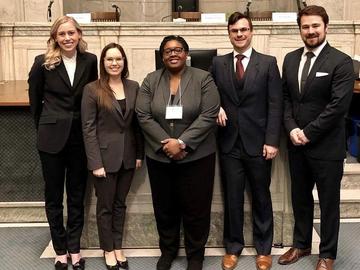 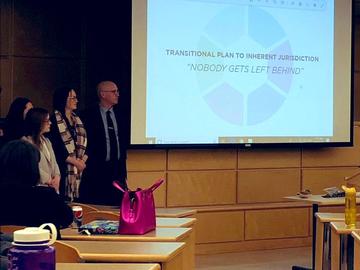 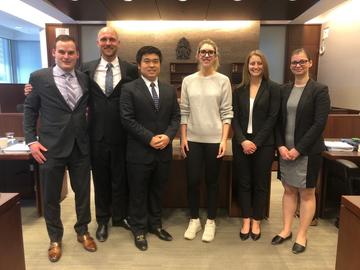