The UCalgary Law team won the Walsh Family Law Moot & Negotiation Competition this past weekend, which marked the first time the competition was open to law schools outside of Ontario. Marni was also named the best overall negotiator in the competition.

"Both Marni MacKay and Elisa Stewart put in tremendous effort to not only learn how Ontario law differs from Alberta law, but they also put in the effort to practice and prepare without course credit," says Deanne Sowter, an instructor at the law school. "Most of the other schools who participate in the competition do so as part of an advanced family law course, or at least for credit. We received so many compliments from judges, mediators and lawyers on how well they did. We also need to thank second-year students Laura McPhee, Linnee Peters, and Katie Ayer who volunteered their time to help the team practice. We couldn't have done it without their generosity and dedication." 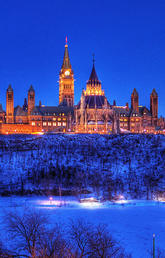 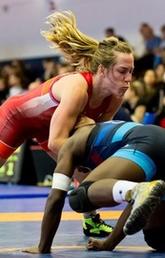