The news was shocking to many non-Indigenous Canadians, while many Indigenous Peoples either witnessed the graveyards being created, or grew up hearing about the graveyards from survivors. The missing children and the graveyards were also disclosed in the Truth and Reconciliation Commission’s (TRC) final reports. Experts expect that many more graves will be found.

Many are now noting how the effects of residential schools meet the definition of genocide outlined in the United Nations Genocide Convention. This criteria includes forcibly removing children from their families, cultures and languages and inflicting harm and death. Among other abuses suffered by children — from physical and sexual abuse to being subject to harmful biomedical experimentation and malnourishment — the well-documented effects of underfunded and overcrowded schools made children vulnerable to tuberculosis.

Read more: Indigenous lawyer: Investigate discovery of 215 children's graves in Kamloops as a crime against humanity

A survey by Leger and the Association for Canadian Studies conducted June 4 to 6 found 66 per cent of respondents in a survey of 1,539 adult Canadians say the church is responsible “for the tragedies that took place at residential schools” in Canada, while 34 per cent say the federal government should be blamed. Some people also believe both are culpable.

What if I told you there is another entity that no one is talking about that also played a major role in the operations of these schools? My research has documented how appeals to Canadians and English citizens helped fund residential schools in the Anglican Diocese of Calgary.

I am a member of the Kainai Nation (Blood Tribe) of the Blackfoot Confederacy, encompassing the Treaty 7 area.

My research consists of learning my People’s history with the IRS.

Partly I have accomplished this to date through visiting nine museums and archives across Canada to learn my people’s history through historical documents. These documents reveal some details of how three different Christian denominations (Anglican, Roman Catholic and Methodist) were involved with running colonial schools, including an Indian Residential School on the Blood Reserve.

The Canadian government first instigated education for Indigenous children under the Indian Act (1876). The schools were operated by several different denominations and were government-sponsored, meaning the government provided funds.

However, the history of how different Indian Residential Schools were funded is complex. In addition to receiving federal funding, some were funded by provincial governments or by various religious bodies — including through soliciting donations.

Later, the government would provide a small government grant to help with the building of the school’s infrastructure. After this, the government provided a maintenance grant for children enrolled in the schools. Despite the government’s financial help, it was still not enough to cover costs needed to operate a school. This left the denomination to make up the monetary difference.

Cover of Diocese of Calgary Report on Indian Missions, 1892. The report included a list of donors and subscribers.

My research has shown that to remedy this problem, the diocese decided to appeal to peoples’ caring natures in a very systematic way. Each year the Diocese of Calgary would publish a report on their evangelizing efforts for each mission within their diocese. The missions included the residential schools.

The preface mentions that the report was meant for all who may be interested in supporting the missionary work among Indigenous Peoples. Thus, potentially anyone, regardless of their religious background, could donate to the Diocese of Calgary.

The report encompassed the following sections: a short statement made by the bishop of the diocese, a missionary report for each mission, a financial statement, a list of subscribers and donors, pictures of the missions and a subscription card for donations.

Such a report caught not only the interest of national citizens but international citizens as well. The diocese listed the names of their donors, including the place where they were located. The majority of the donors came from Canada and England.

The reports do not detail the religious background of the individual donors, however the Methodist Church was listed as donating funds one year.

The TRC’s Canada’s Residential Schools: The History, Part 1 also shares that the Oblates, the Roman Catholic order that “established and managed the majority of church-run Canadian residential schools in Canada” had two “French missionary fundraising bodies that funded their work.” First is the l’Oeuvre de la Propagation de la Foi (Society for the Propagation of the Faith). Second is the l’Oeuvre de la Sainte-Enfance (Society of the Holy Childhood).

As the TRC noted: “The Protestants, like the Catholics, encouraged church members to make regular contributions to overseas missionary work … The financial support the missionaries received from outside Canada was considerable.”

The reports I examined, and other research, clearly indicate more people were involved in maintaining schools than just the leaders of the designated churches and the Canadian government. Instead, the daily operations were made possible through the financial contributions of citizens across Canada and the globe. These citizens were not required to make donations, but nonetheless did.

Through my research travels, I meet fellow Canadian citizens of European descent who feel so entitled to tell me their version of my people’s history. Largely their message has been to point their finger and condemn an opposing religion or Christian church that is different from their own.

My research suggests that just as donations from beyond immediate church leadership made these institutions possible, so must widespread public accountability play a part in responding to the urgent problem of the unmarked graves and the TRC Calls to Action.

No longer can we say as Canadians that we had nothing to do with the residential schools. Nor can we deflect the responsibility of the negative outcomes that the schools have had upon generations of Indigenous Peoples.

Instead, residential schools are a societal problem not only in Canada, but around the world. We must take action to rectify the wrongs that have happened for over a century and a half. In order to reconcile, we must first acknowledge the truth of what has happened and engage in justice so that together we can heal as a society and move forward in reconciliation.

Tiffany Dionne Prete is a Postdoctoral Fellow in the Werklund School of Education at the University of Calgary. 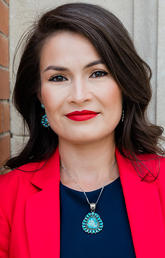 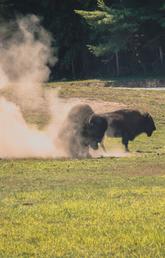 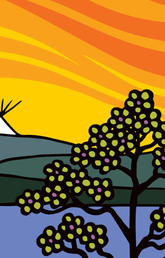