Why it’s difficult for children to understand sarcasm

When children first begin to understand that a speaker doesn’t mean what they say at face value, they may think the speaker is lying, writes Penny Pexman, Faculty of Arts, in Conversation Canada

Sarcasm is simple! Yeah, right. Although sarcasm is widespread, found across languages and in the various ways we communicate, it is not simple. For most children, learning to understand sarcasm is challenging.

Sarcasm can be defined as “the use of remarks that clearly mean the opposite of what they say, made in order to hurt someone’s feelings or to criticize something in a humorous way.”

Difficulties with understanding sarcasm can have negative consequences such as misunderstandings and social exclusion. Psychology researchers study why sarcasm is difficult for children so we can learn more about child development — and so we can help children understand this kind of language.

Is the speaker lying?

As noted, when a speaker uses sarcasm, they say something different from, and often opposite to, what they really mean. Commonly, they say something that sounds positive but is meant to be negative, as in “nice going,” or “oh, great.” In saying the opposite of what they mean, the sarcastic speaker risks being misunderstood — but they do it for potential payoffs.

Sarcasm can be used to criticize while using humour, in order for the negative comment to appear less harsh. Speakers may use it to comment on the fact that things haven’t gone as expected or to strengthen social bonds.

Children may hear sarcasm from a young age, but they will probably not begin to understand it until five or six years of age. Before that age, children tend to interpret sarcasm literally: for instance, if a child hears “nice going” spoken in what adults may recognize as a sarcastic tone, the child might respond with a positive “thanks!‘

When children do begin to understand that the speaker doesn’t actually mean what they said, they may think the speaker is lying — perhaps saying "nice going” to make someone feel better — rather than criticizing sarcastically.

It usually takes until children are older – around seven to 10 years of age — for them to appreciate that speakers can use sarcasm with the intention of teasing or being funny.

Meaning what one says

When speakers use sarcasm, there is usually both a positive and negative meaning to consider.

Children get better at understanding sarcasm through the early school years and into adolescence. This progress is related to developmental changes in children’s language, thinking and skills related to processing, understanding and communicating about emotion.

Children tend to improve in their ability to recognize the thoughts and emotions of others between about four and six years of age, and this is likely why they also begin to show improvement in detecting sarcasm.

One of the challenges in understanding sarcasm is that it involves conflicting ideas and goals: there is usually both a positive and a negative meaning to consider, and with sarcasm, the speaker means to be both critical and funny. The gap between what is said and what is meant creates the opportunity for sarcastic humour.

Most children develop the ability to hold two conflicting ideas or emotions in mind around seven years of age. This is probably why studies find that although children can start to detect sarcasm at age five or six, they take longer to develop appreciation for why people use sarcasm.

Knowledge about why people use sarcasm

Research shows that even when children have strong language and thinking skills, they still might not be able to detect sarcastic speech. These developmental skills are important to understanding sarcasm but they may not be sufficient. Something else is required.

One possibility is that through experience children need to build knowledge about what sarcasm is and why people use it, in order to recognize it themselves. There is correlational evidence that social experience might indeed be important to children’s capacities to detect sarcasm: some families are more sarcastic than others, and children’s sarcasm detection may be related to their parents’ use of sarcasm.

The storybook ‘Sydney Gets Sarcastic,’ by Penny Pexman and illustrated by Lauryn Bitterman, can spark conversations with children about sarcasm.

Saying what you don’t mean

With colleagues Kate Lee and David Sidhu, I tested causal effects of children’s sarcasm knowledge and experience on their detection of sarcastic speech in a new study published in the Canadian Journal of Experimental Psychology that is part of a special issue on the psychology of saying what you don’t mean.

Together, we randomly assigned 111 five- to six-year-old children to two groups. One group received training about sarcasm and the other, a control group, did not.

We provided sarcasm training to children with a short storybook that we read and discussed with each child. The training described what sarcasm is and why people use it, and gave examples of sarcastic and non-sarcastic speech. With the control group we simply read a non-sarcastic storybook.

This shows that social experience can build children’s knowledge of sarcasm and help them shift towards understanding sarcastic speech. Student illustrator Lauryn Bitterman and I converted the training storybook into a colouring book: Sydney Gets Sarcastic is free to download, as a way to spark conversations with children about sarcasm.

Sarcasm still isn’t simple, but we now have a clearer understanding of what makes it difficult.

Penny Pexman is a professor in the Department of Psychology at the University of Calgary. She is a member of the Hotchkiss Brain Institute and an associate member of the Alberta Children’s Hospital Research Institute. 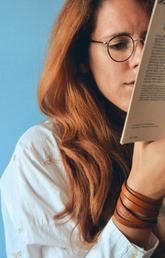 Curious Kids: How are languages formed? 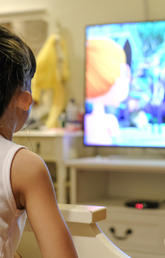 Disney, Pixar and Netflix are teaching your children the wrong messages about pain 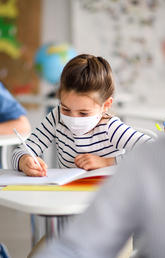 Want to know how school-aged children are managing during the pandemic? Ask them 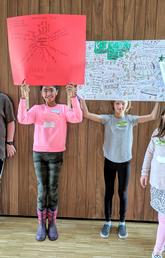 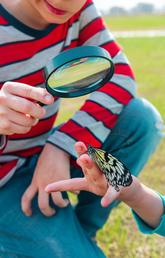 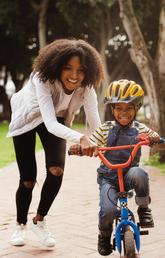