A professor at the University of Calgary since 2003, Dr. Caesar Apentiik has been the pillar of the African Studies program at this university. He has been its co-ordinator since 2007, heading up the popular Ghana field school along the way, while also a teacher (and former co-ordinator) of the Global Development Studies program.

That’s why he was so overjoyed last month when a student effort to significantly expand the African Studies program was successful.

The generous SU grant, along with commitment of additional funds from the provost and the dean of the Faculty of Arts, will allow for the hiring of a new African Studies instructor to work with Apentiik to build the program. Four new courses will be added to the program by the fall of 2022 and four additional courses over the following two years. The grant will also fund a visiting speakers program to promote knowledge of Africa and the African diaspora among the university community and wider Calgary community.

One of the strongest African Studies programs in Western Canada

“I feel so excited about these developments after so many years,” says Apentiik. “We have an extremely strong and motivated group of Black students on this campus, and they led this push. I’m very proud of them. The anticipation is that this program will grow over the next three years and that momentum will make it one of the strongest African Studies programs in Western Canada.”

One of the new courses to be offered will be devoted to a critical examination of anti-Black racism. “In this class, students will have an opportunity to develop their understanding of racism, white privilege, stereotypes, colonial legacies, and how Africa fits in historically,” says Belayneh. “Students from across the university can enroll in this course and enrich their understanding of these important topics.”

Belayneh feels that the events of last year involving the death of George Floyd under the knee of a Minneapolis police officer, and the ensuing Black Lives Matter protests that occurred internationally, spurred the strong student activism that led to the African Studies expansion.

“I believe this huge global upsurge in racial consciousness helped the university understand that if it wants to combat anti-Black racism, then it needs to create spaces where students can learn about what it means to be Black,” says Belayneh. “In my eyes it’s a win-win for everybody and it’s helping UCalgary address one of society’s biggest problems, which is systemic racism.”

Richard Sigurdson, dean of the Faculty of Arts, supports the expansion of the African Studies minor program and he says he’s proud of the students who spearheaded the proposal. “This program fills a need for our students to seek a wider understanding of the societies, cultures and politics of the African continent, as well as the African diaspora worldwide,” says Sigurdson. “This is in keeping with the University of Calgary’s goals to decolonize our curricula and globalize the education we offer. The expansion of the African Studies program is critical for this university moving forward.”

Iticka feels that the African Studies program will “promote a greater understanding and appreciation for the African continent and its incredible people.” She adds: “It will also expose students to all facets of the African Canadian experience. You truly become a better-informed global citizen when you learn about Africa.”

For Apentiik, who’s shepherded African Studies for so many years, the program’s growth is particularly rewarding. “To know that this program has a promising future is a wonderful feeling.” 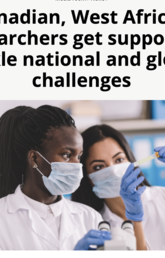 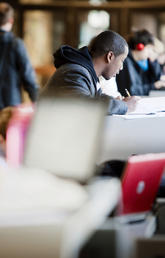 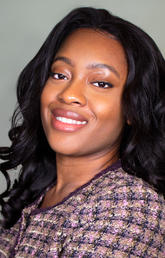