It’s a simple admission from Walter Herzog, the University of Calgary’s recently renewed Killam Memorial Chair and world-renowned biomechanics researcher, but it lies at the heart of complex studies he’s conducting on the relationship between osteoarthritis and body mass.

To help solve his fat rat problem, Herzog assembled a team of researchers — including nutritionists — who have the expertise he doesn’t. It’s a multidisciplinary approach that has proven exceptionally fruitful for discovery and teaching throughout Herzog’s decades-long research career, and yielded interesting and sometimes surprising results.

Herzog says the University of Calgary is better than other universities at breaking down silos and allowing people to work across disciplines. “Removing those barriers, for me, has meant that we can look at problems from different angles, and find solutions, and that’s so exciting.”

A valued mentor and professor in kinesiology, engineering, medicine, and veterinary medicine, Herzog has just been reappointed for a five-year term as the university’s Killam Memorial Chair. He is also the Canada Research Chair in Molecular and Cellular Biomechanics, director of the Human Performance Lab, and a thought leader for the university’s Engineering Solutions for Health research theme.

“The Killam Trust recognizes interdisciplinary excellence in research — which Walter Herzog exemplifies; we are fortunate to have him at the University of Calgary,” says Ed McCauley, vice-president (research). “Committed to finding better biomedical health options, he enthusiastically shares his time and knowledge with his students and colleagues, fostering an ideal environment for training, collaboration and research.”

Herzog’s primary areas of research interest are the molecular mechanisms of muscle contraction and joint biomechanics. The theory the osteoarthritis team is pursuing is that the low-grade, chronic inflammation associated with metabolic syndrome (high body mass, high body fat) is responsible for triggering osteoarthritis.

The osteoarthritis group includes University of Calgary nutrition scientist Raylene Reimer — who does know how to make rats fat and has
concocted a high-fat high-sucrose diet to get the job done — as well as molecular biologist David Hart and clinician Dr. Preston Wiley, along with dozens of other researchers in Alberta and collaborators across North America and Europe.

They are the only only group in Canada studying metabolic disease in the context of osteoarthritis, and their primary goal is to identify non-surgical interventions that may prevent the onset of osteoarthritis or slow or reverse the rate of the disease. 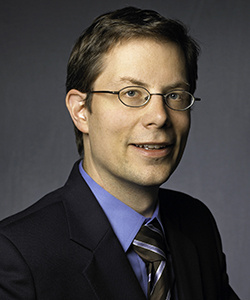 Known for his enthusiasm and energy, Herzog says: “My problem is everything is exciting.” Which is especially impressive given that he has been at it for over three decades.

He’s still excited about teaching, even though the Killam Memorial Chair support over the past five years would have allowed him to step away from his teaching responsibilities.

“When I started teaching years ago, I sensed I wasn’t any more qualified than anyone else to explain these things to students,” Herzog says. “I feel that now I can truly offer something to students that is unique, and that makes teaching a lot of fun.”

Herzog is excited as well about the quality of students and postdoctoral scholars his laboratories attract, with close to 100 applications from around the world for about five positions a year.

And he’s excited about the opportunities the Killam Memorial Chair has afforded him: hiring biomechanics researcher Venus Joumaa, funding students’ attendance at conferences and exchanges, and inviting some of the world’s leading scientists to visit the University of Calgary.

In addition to the advances in osteoarthritis research, the Killam Memorial Chair support and other funding has also fuelled Herzog’s groundbreaking research in the science of muscle contraction.

By mechanically isolating the basic unit of muscle tissue, a single sarcomere — something only Herzog and a handful of people have ever successfully done — Herzog can study muscle function on a micro level, resulting in the discovery that the protein titin is involved in eccentric muscle contraction.

“What it means, down the road, is that the textbooks will have to be rewritten, because we used to think the only two proteins involved in contraction were myosin and actin. Titin will be added and it’s our research that will be referenced,” Herzog says.

On his collaborative methodology, Herzog says: “When I’m interested I’m absolutely ruthless. If someone is doing really good work in that field, I get together with them, wherever they are, and we share things. I’m completely open, and they are very often completely open too, and I love that.”

In addition to the Killam Memorial Chair, the Killam Research and Teaching Awards honour outstanding teaching and research at the University of Calgary.