Make the most of the Calgary Stampede

The Calgary Stampede is one of the events most associated with the city. It definitely worth attending if you’re new to Calgary or if you simply haven’t been since your elementary school days.

The Stampede dates as far back as 1886 as an Exhibition hosted by the Calgary District and Agricultural Society. The goal was to share agricultural knowledge and showcase the best of the west. Eventually, the exhibition grew and became an annual event.

The Stampede as we know it now, started in 1912 courtesy of Guy Weadick who first visited Calgary in 1908 with a travelling show. Inspired by the city, he decided it would be a great place to host a “Frontier Days and Cowboy Championship Contest.” That didn’t come to fruition until 1912 when Weadick received financing from four of the most prominent local businessmen at the time with the task of putting on the greatest event of its kind in celebration of the west. Over the next 100 years, the Stampede grew to what it is today.

Must see and do

The food. The range and combination of food items at the midway are well worth a trip to the Stampede Grounds. You can find treats like pickle pizza, jambalaya dog and the cowboy wrangler churro burger.

The music. There’s something for every musical taste during the stampede. The Coca-Cola Stage hosts some of the biggest names in pop, alternative and rock music both locally and internationally.

Shopping. Local vendors bring the best of their wares to the stampede. You can get handmade, upscale or western-themed items.

The evening show is another part of the stampede you don’t want to miss. As a University of Calgary student, you have access to 20 per cent off tickets to the show between July 7-10 (offer code: UCALGARY) until June 28. You can get your tickets here.

For more information on activities during the stampede, visit calgarystampede.com. 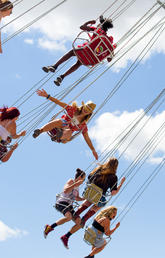 What to do in Calgary this summer

In the News: CBC News

How the Calgary Stampede makes and spends $150M per year 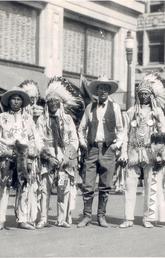