Fifty years ago, the University of Calgary’s fledgling space research program literally achieved lift-off, with the launch of the Canadian-built ISIS-II satellite.

“ISIS-II represented the central role that the University of Calgary played in the initiation of the space age for Canada,” says space physicist Dr. Eric Donovan, PhD, professor in the Department of Physics and Astronomy in the Faculty of Science.

I don’t think our space research group would exist in anything like its present form, if we didn’t have ISIS-II.

In 1960, at what was then the Calgary branch of the University of Alberta, the three-year-old physics department took over operation of the Cosmic Ray Station, an observatory built atop Sulphur Mountain in Banff National Park. This helped establish the department’s research into high-energy particles in space which, as serendipity would have it, was the focus of the ISIS program.

ISIS-II was launched on March 31, 1971 aboard a Delta rocket, from the Western Test Range at Vandenberg Air Force Base in California.

The satellite carried an auroral scanning photometer, built by RCA Victor in Montreal. The instrument was based on scientific design requirements developed by then-UCalgary space physicist Prof. Cliff Anger and Prof. Gordon Shepherd at York University. The photometer scanned the aurora in visible light.

Mounted atop the satellite, the photometer “was extraordinarily innovative for its time,” producing high-resolution images with a spatial quality that hasn’t been equalled since, says Donovan, co-director of UCalgary’s Auroral Imaging Group.

Data from telemetry and the auroral scanning photometer instrument aboard the ISIS-II satellite was processed by the imaging team at UCalgary using the then state-of-the-art Digital PDP-8i computer.

Prof. Leroy Cogger joined UCalgary in 1971, hired specifically to work on ISIS-II science. Prof. Sandy Murphree started at the university as a postdoctoral fellow (later joining the faculty), whose job was to write and run software that reconstructed images out of ISIS II’s raw photometer data.

UCalgary’s role was so essential that the space research group secured a then state-of-the-art Digital PDP-8i computer. The system, which took up most of a room on the sixth floor of the Science B Building, was capable of processing hundreds of kilobytes of data daily — considered remarkable in its day.

Murphree hired a 15-year-old high school student named James Gosling, who had knack for computing, to do odd jobs in the laboratory and work on the powerful new computer. Gosling would get a BSc in computer science at UCalgary and go on to create Java, one of the world’s most widely used programming languages.

Anthony Lui, then a PhD student at UCalgary, wrote his thesis based on ISIS-II data. Lui subsequently took a position at Johns Hopkins University and became a major global player in space physics, credited for discovering the “diffuse aurora,” a large luminous region that occurs over a broad range of geomagnetic latitudes.

Anger went on to become, in 1979, founder, owner and president of Calgary-based ITRES Research Limited, which designs and builds hyperspectral imaging sensors for use in aerial remote sensing. Cogger and Murphree retired from UCalgary and became, along with Cogger’s PhD student Dr. Trond Trondsen, founding partners in 2003 of Keo Scientific, a Calgary firm that designs and builds imagers that support research on the aurora and other atmospheric phenomena.

ISIS-II, passing over the polar region, captured the first-ever images of the aurora from above, confirming its then-theorized oval structure encircling the magnetic north pole.

“ISIS-II gave us this comprehensive, two-dimensional picture of what the aurora looked like, while at the same time making measurements of the plasma properties, parameters and processes that are related to producing the aurora,” Donovan says.

That enabled scientists for the first time to model and map daily conditions in the ionosphere, and link those conditions to auroral activities, says Greg Enno, manager of the ultraviolet (UV) imager project for the upcoming SMILE space mission. Enno worked on ISIS-II as a summer student during the last year of the mission.

“I don’t think anybody would have guessed back then how seminal the contributions from ISIS-II would be, that the mission would be foundational for a half-century to come,” says Dr. Dave Knudsen, PhD, professor and head of the Department of Physics and Astronomy.

ISIS-II’s success led to UCalgary participating in several subsequent space missions. The university provided the scientific leadership for the UV auroral imagers on the Swedish Viking (1986) and Freja (1992) satellites, and the Russian-led Interball (1996) auroral probe.

Eric Donovan and Greg Enno in front of an image of global auroral distribution as captured by the ISIS II satellite, which housed the first UCalgary space instrument to view the aurora.

A research team led by Knudsen adapted the imaging technology developed by the space research group to design and build instruments to measure charged particles in the near-Earth environment.

UCalgary is the only Canadian university that specializes in auroral imaging and charged particles measurement.

Four more instruments built at the university are flying on the 2013 Canadian CASSIOPE e-POP hybrid satellite mission (now managed by the European Space Agency). The mission is gathering information to better understand the science of space weather, while verifying high-speed communications concepts through the use of advanced space technologies.

UCalgary space physicists also are leading the design of the UV imager for the European Union and China’s SMILE mission, scheduled to launch in 2024.

The University of Calgary has participated in more than 20 national and international space missions since ISIS-II pioneered the way in 1971.

In addition, UCalgary space physicists and engineers run 17 of the 22 ground-based observatories in NASA’s five-satellite THEMIS mission, studying what causes explosive-storms in the aurora. They are also collaborating with international colleagues on TREx, a massive, ground-based network of optical and radio instruments dedicated to space weather research.

ISIS-II also led to the many graduate students and post-doctoral researchers who trained with UCalgary space physicists on subsequent missions, and who are now working in research laboratories and industry in Canada and abroad. 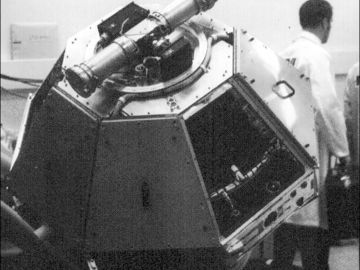 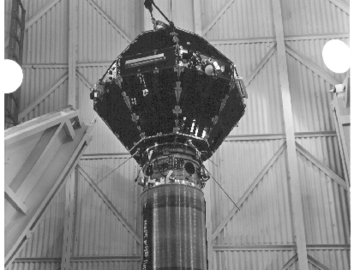 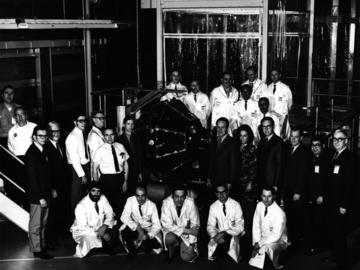 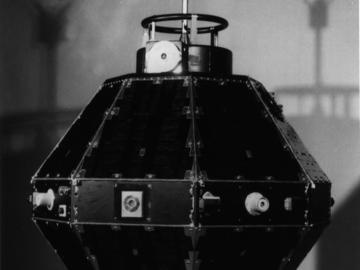 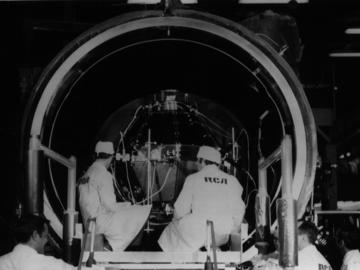 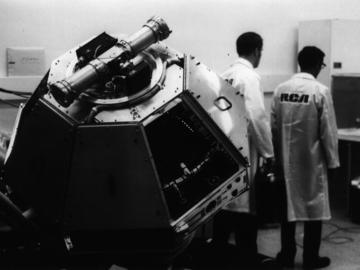 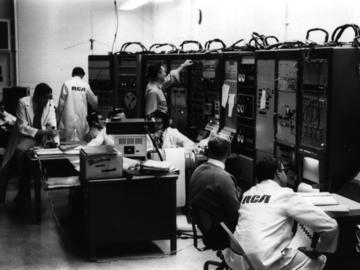 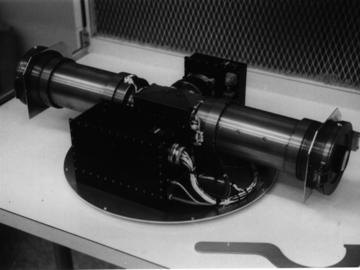 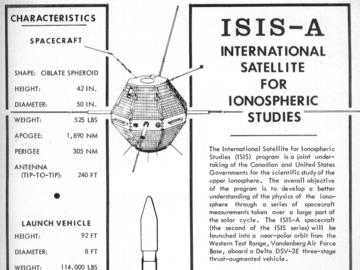 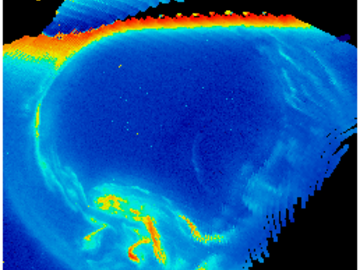 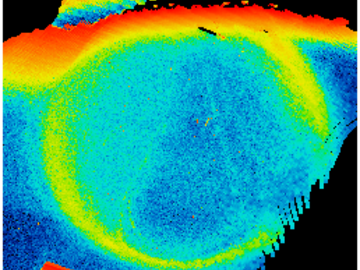 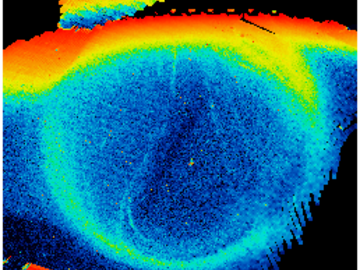 The Canada Aviation and Space Museum in Ottawa plans to commemorate ISIS-II’s 50th anniversary on its website. 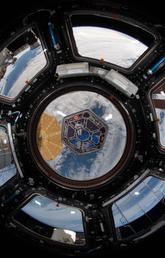 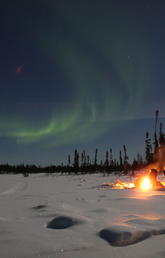 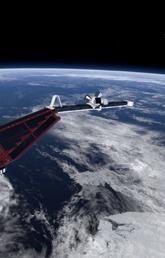 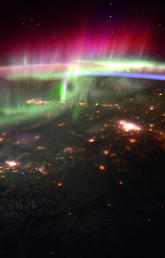 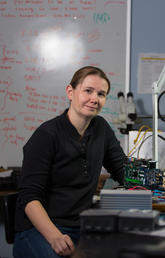 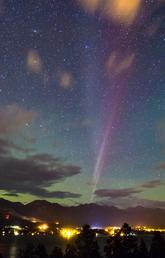