International students can enliven Canadian universities and the communities where they thrive by giving as much as they receive, says Fajer Hasan, an award-winning Kuwaiti and biomedical sciences student in the Bachelor of Health Sciences program who loves to volunteer.

Hasan has volunteered with various student programs at UCalgary, as well as initiatives that serve the broader community in Calgary, gaining a broad perspective informed by hands-on experience.

Actively plugged into many student programs at the university, she embodies the role of a networking ambassador who seeks to learn while teaching others.

“My parents, Najaf and Laila, instilled in me as a child a desire to do good for others,” says Hasan, whose mother’s lengthy battle with Crohn’s disease has inspired her to become a physician. “I have seen how doctors have been caring and compassionate with her.”

Helping other students is rewarding

The Community Helpers Program at UCalgary, which provides the mechanisms to support existing “natural” helpers in the campus community, trains you to have confidence in yourself as you help others, says Hasan.

“It teaches you ways to communicate and establish healthy boundaries, as well as the ethics of helping others,” she says. “This is one of the best programs at the university and it is offered at Student Wellness Services. I would recommend it to every student who comes here.”

International Student Services is another important resource for new students, providing advice and programs to help them adjust to their studies at the university as well as to life in Canada, says Hasan, who got involved in the program early.

You can gain leadership skills and you can self-reflect on your own experiences as an international student. It gives you a sense of accomplishment to meet other people. You realize that you, too, are doing a good job of adapting.

While Kuwaiti students already know how to speak English, there is some culture shock when they arrive, says Hasan, who has personally eased many other students into their new lives, helping them to navigate UCalgary’s campuses and introducing them to the city.

In her first year, she enrolled in the USpeak Global Program, which matches students with a partner who speaks a language that you might want to practice and learn, while they want to learn your language. She learned Spanish from a student who wanted to learn Arabic.

Hasan also participated in the International Student Mentorship Program, which matches new international students with volunteers who act as their mentors. She met a second-year German engineering student and they were able to swap experiences about their home countries and their lives in Canada.

“No matter where you come from, as an international student you will probably have some homesickness,” says Hasan, who has received an award of excellence from the Kuwait Cultural Office -- Ottawa. “Just being able to get some guidance to the right resources on campus can be so helpful.”

She has donated her time to the Children’s Cottage Society in Calgary, which prevents harm and neglect to children through support services, respite programs and crisis nurseries.

After COVID-19 hit Canada, Hasan worked with YYC Grocery Delivery, a free custom grocery delivery for Calgarians in need that was developed by a handful of UCalgary Health Sciences students and has grown to include a wider net of volunteers, says Hasan.

The pandemic has been scary for a lot of people. I have not been able to travel home, but while I study here, I believe that small acts of kindness always win.

Dr. Ernesta Paola Neri, MD, PhD, an associate professor in the departments of Medicine and Oncology, member of the Charbonneau Cancer Institute and scientific director of the Precision Oncology Hub at the Tom Baker Cancer Centre, says Hasan has an insatiable hunger for research.

For Hasan, who aims to be a cardio thoracic surgeon, UCalgary has become a second home, and for her, connection is the key that unlocks the door to community, whether it’s on campus or elsewhere in the city. 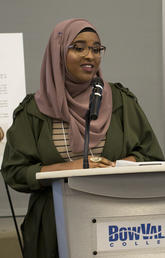 Class of 2020: Increasing diversity among physicians benefits all communities 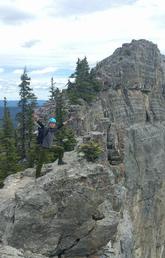 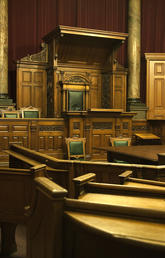 Class of 2020: Desire to help others leads to road less travelled 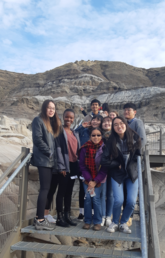 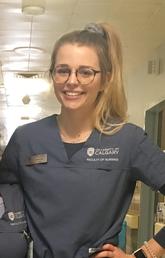