Laleh Behjat has attended too many computing conferences where she’s one of the only women in the room. As associate professor of electrical and computing engineering at Schulich, Behjat creates opportunities to change the gender imbalance in her field. Recently, she took a group of 16 students to the Grace Hopper Celebration of Women in Computing (GHC), the world’s largest conference for women in technology.

It’s a trip that inspired her female students to build successful careers as electrical and computing engineers. The conference was started by Anita Borg, a legendary American computer scientist who wanted to offer women—particularly students—inspiration, mentorship and professional development. The conference roster included visionaries such as Ana Pinczuk, senior vice president at Cisco, and Facebook COO Sheryl Sandberg.

Correcting the gender imbalance
Like Behjat, GHC speakers hope to change the ratio of men to women in their field.  According to a previous conference keynote speaker, renowned technical executive Nora Denzel, only 25 per cent of computing jobs are held by women. “One of our biggest problems is the lack of women,” says Behjat.  At a recent conference, Behjat appeared with two Schulich students who happened to be female. “I got a number of comments from other faculty asking if I only accept female students,” she says. “That’s the environment we’re working in.”

The importance of achieving a gender balance in computing engineering, according to Behjat, lies in bringing a variety of perspectives to project work. “Diversity is important in any area,” she says. “Once you have diversity, you can make better decisions more easily.” In a field that produces life-changing technology products, it’s crucial that the make-up of engineering teams reflect those who will use the products.

Motivating students to succeed
The trip to GHC, which took place in Minneapolis, Minnesota, promises to give students confidence and motivation. An attendee of one of the previous conference, Schulich graduate Kaila Stepanic, was inspired by a panel of female IT professionals who discussed obstacles they overcame during their careers. “I’m so grateful for those words of wisdom,” says Stepanic. “And I’m more confident than before about entering the industry." 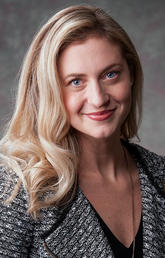