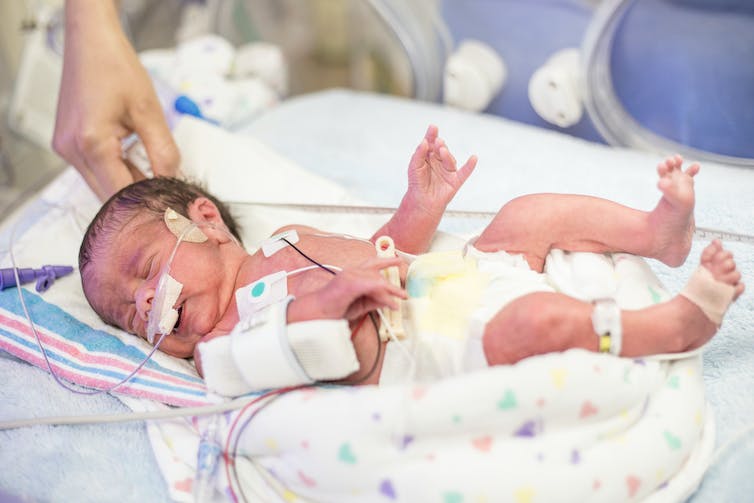 Opioid use in pregnancy has risen dramatically in recent years, along with the opioid epidemic within the general Canadian population.

One study found an alarming increase in the number of infants born to opioid-dependent women in Ontario — from 46 in 2002 to almost 800 in 2014. Up to 80 per cent of these infants will go on to develop neonatal opioid withdrawal syndrome (NOWS), a constellation of clinical signs that usually arise within 72 hours of delivery.

These infants experience tremors, a high-pitched cry, unco-ordinated sucking, diarrhea and vomiting. This usually abates within 10 to 14 days of life. Whether NOWS impacts the long term health and development of infants is currently unclear but is an active area of ongoing research.

To date, infants diagnosed with NOWS have largely been managed in neonatal intensive care units (NICUs) across the country. However, in light of significant evidence supporting its safety and effectiveness, management of NOWS is shifting towards care that keeps infants and their mothers together, called “rooming-in.”

There are few opportunities for rooming-in across Canada, even though this is recognized as the new standard of care. I know from my own practice, as an obstetric internal medicine specialist in Alberta, that our need for this model of care vastly exceeds its availability.

In the face of an unrelenting opioid crisis, this is a problem.

Substantial research over the past decade shows that rooming-in is associated with many positive outcomes for opioid-exposed mothers and their infants compared to NICU-based care. 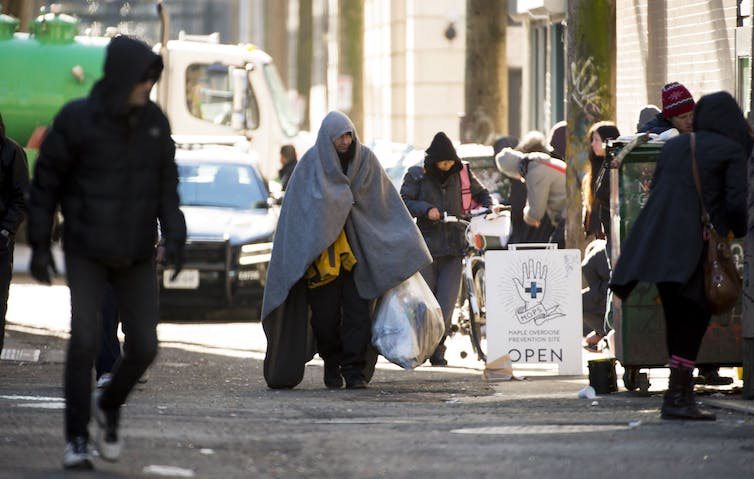 People walk in an alleyway in Vancouver’s Downtown Eastside, a place that is at the heart of British Columbia’s opioid crisis, in February 2019. THE CANADIAN PRESS/Jonathan Hayward

Further, some of these studies show that babies who room-in may have a greater chance of remaining in their mother’s custody at discharge.

Rooming-in was pioneered at B.C. Women’s Hospital in Vancouver in 2003, establishing the first unit in Canada to provide pregnancy-related care alongside treatment for substance-use disorders in pregnant and postpartum women.

Over the past 15 years, the practice has spread to hospitals in Kingston, Ont., Edmonton and Hamilton, to name a few.

One reason for the limited availability of rooming-in may be that the shift towards rooming-in as the standard of care for NOWS is quite recent. It was less than a year ago when two influential Canadian medical bodies came forward with statements supporting rooming-in over NICU-based care (assuming NICU-based care is not otherwise indicated).

The first was the Canadian Pediatric Society, in their May 2018 statement, “Managing infants born to mothers who have used opioids during pregnancy.” The second was the B.C. Centre for Substance Use in their June 2018 guideline supplement, “Treatment of opioid use disorder during pregnancy.” 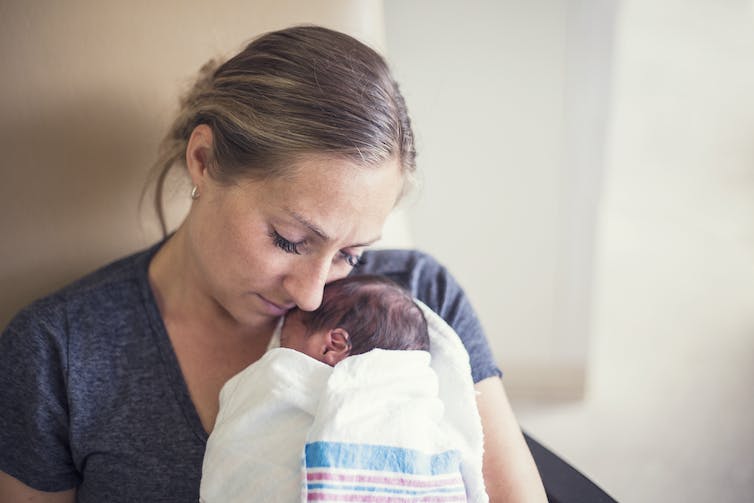 Babies who room-in with opioid-dependent mothers may have a greater chance of remaining in their mother’s custody upon discharge from hospital. (Shutterstock)

Still, supporting evidence for the practice of rooming-in dates back over 10 years. Based on my experience working to establish a rooming-in program in my own health region, I hypothesize that the lack of established programs may be due to other barriers. These include concerns about where to locate a rooming-in program, given significant bed shortages on maternity and pediatric units.

They also include discomfort among care providers about monitoring postpartum mothers with opioid dependence and babies with NOWS in a ward setting — as well as ongoing stigma associated with opioid use in pregnant women, which leads to care-provider concerns about the safety of an infant remaining in the mother’s care.

We must be innovative and tireless

I realize there will be unique challenges and barriers faced at each hospital looking to implement rooming-in care for opioid exposed mothers and their newborns, however we cannot be paralyzed into inaction as a result.

We must work together to overcome these challenges in the name of providing family-focused care to opioid-dependent mothers and their babies. This will ensure the best possible outcomes, with the added benefits of de-escalating care (for instance, keeping care outside the NICU when possible) and cost savings due to shortened stays in hospital.

We must be innovative and tireless within our individual health regions to ensure rooming-in programs are available across Canada. These infants, along with their newly postpartum mothers, deserve the best evidence-based care we can offer.

Mary Malebranche is a clinical lecturer at the University of Calgary