With a few small adjustments, these kids experience the joy of sport

Justina Contenti, for the Faculty of Kinesiology

During the five-day camp, participants tried out a range of adapted sports including wheelchair voll Danielle Chicoine and Justina Contenti, Faculty of Kinesiology

Twenty-four Calgary area youth participated in a unique summer camp at the University of Calgary last week, after a passion for sport inspired a UCalgary student to create an adaptive sports camp for youth with disabilities.

During the five-day camp, participants tried out a range of adapted sports — including everything from wheelchair volleyball and basketball to swimming, gymnastics, rock climbing, sledge hockey and karate.

Elysa Sandron, one of the creators of the camp, says they set out to find ways to help youth increase their activity levels and to boost confidence in their own abilities, while minimizing some of the barriers they might be facing when it comes to participating in sport.

“We want to help them realize that they can be active and how important it is for their physical and mental health,” says Sandron. “I want them to see how much sport can do for them.”

The camp was run in co-operation with the University of Calgary Active Living summer camps program, which supplied the space and led some of the sessions. Community partners who run adapted sports programming, including Wheelchair Sports Alberta and Sledge Hockey Calgary, led others. If needed, sports were further adapted to fit the specific needs of the participants.

Sandron says ensuring full participation was often just a matter of asking the kids what they needed to help them play, then making it happen. “We were often able to make simple adaptations that enabled them to participate. For example, we have one youth who is visually impaired so when we were playing Quidditch we hung bright pinnies from the hoops, which helped them aim.”

Sandron is completing her master's of science in kinesiology, and came up with the idea with a fellow kinesiology master's student while researching adapted sport. When they found out they could develop the camp as part of Sandron’s master's project, they made it happen.

The harness helps campers in wheelchairs pull themselves up with their arms.

Sandron has been a lifelong athlete and is going into her fifth year as part of the University of Calgary Dinos rugby team. Her love for sport is something she wants to pass on to others. “Sport has changed my life,” she says. “I was always a super active kid and I did camps my whole life, and I just think that’s something that everyone should have an equal opportunity to do.”

So far, feedback from the participants has been very positive. “Every day the kids are so excited. With every activity that we’ve tried, there has been at least one kid that has said, ‘I want to do this more often,’” says Sandron.

Sarrah Husain, 18, a participant in the camp, will be attending the University of Calgary next year, taking the community rehabilitation program. She says the camp gave her a chance to meet a lot of new people.

The harness helps campers in wheelchairs pull themselves up with their arms.

“I think when you play sports with different people, it gives you a connection to them right away,” says Husain. “This camp has been a really cool experience.” While she says she has taken other adapted summer camps before, this was the first one that focuses on sport.

“We mostly just did physical activity and I really enjoyed that. It was great to play all of these awesome sports."

Sandron says through the week they were connecting youth and their parents to the groups running these particular adapted sports programs in the community, so hopefully they can continue playing the sports they discover at camp in the future. 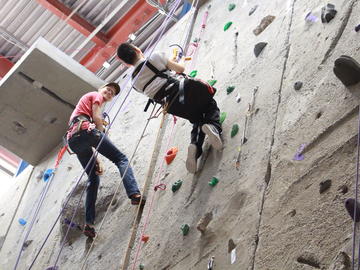 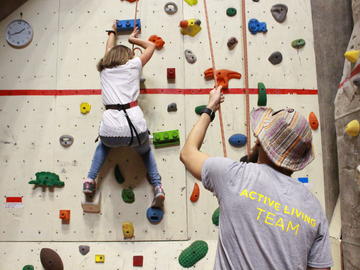 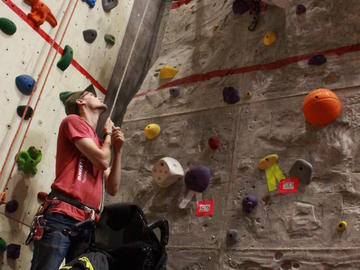 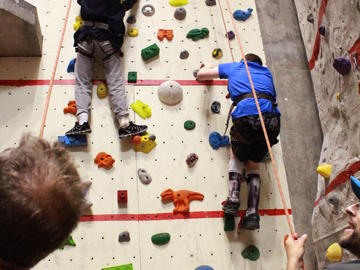 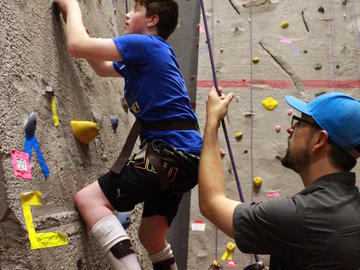 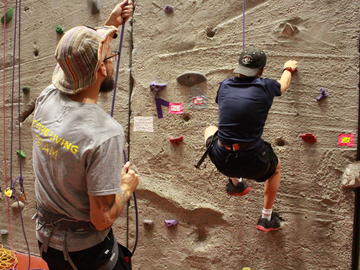 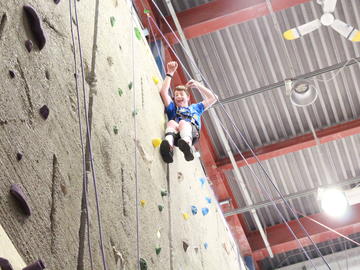 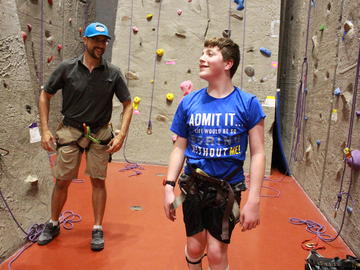 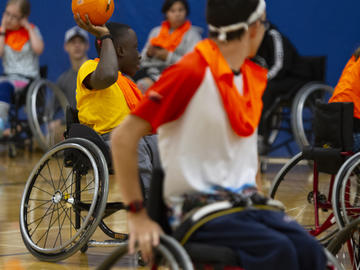 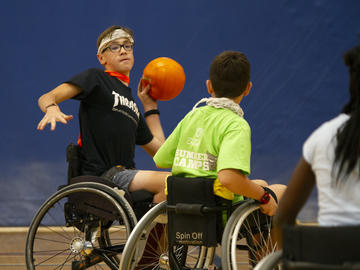 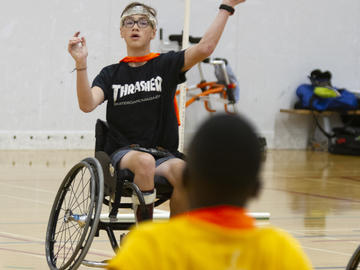 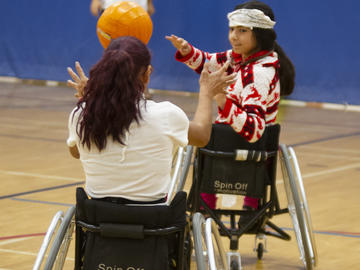 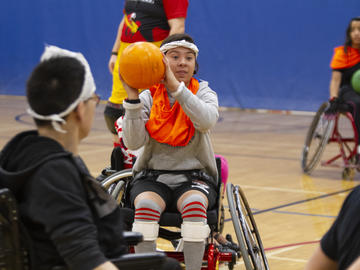 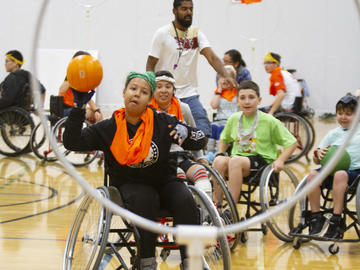 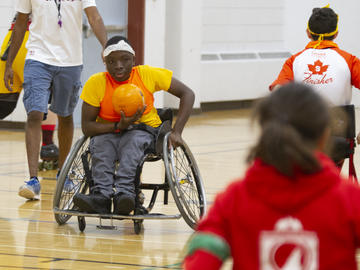 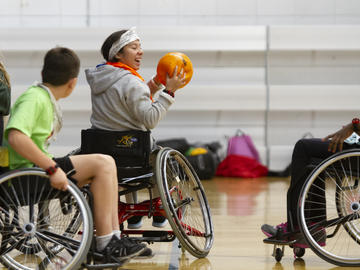 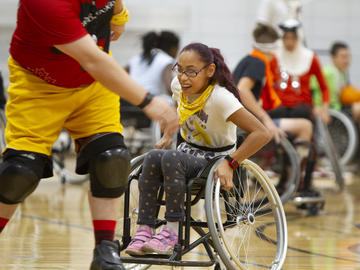 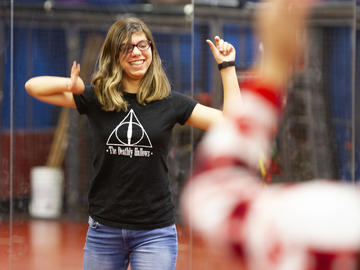 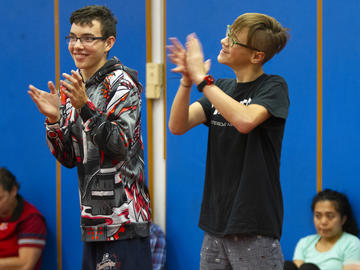 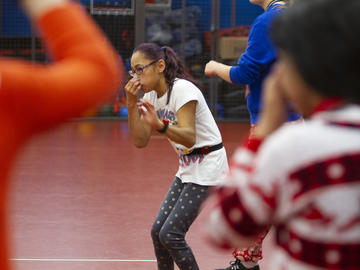