Young girl and boy standing on grass, between a teepee and a dirt road, Ghost River, Alberta.

Turning the Lens: Indigenous Archive Project is the third exhibition in the fall series at Nickle Galleries, opened on Oct. 3. The exhibition’s goals are manifold — this is a photography and history exhibition, a naming project, a social media campaign and an opportunity to contemplate the role and importance of galleries, museums and archives across Canada.

The exhibition is the result of a long-standing social media and research project undertaken by Paul Seesequasis, a Plains Cree writer, journalist, and cultural activist based in Saskatoon. In 2015, Seesequasis began collecting archival images of everyday life among First Nations, Métis and Inuit communities from the 1920s through the 1970s. Sharing these on social media resulted in the identification of the individuals, places, events and stories that had largely eluded institutional catalogues.

“Captioning is often a fraught process that increases with the age of the photo,” explains Seesequasis. “Turn of the century photographs, in particular, often have original captions that are generic in the least, ‘Indians in a canoe’ for instance, or non-existent. Sometimes, the terminology of the time is archaic and offensive to contemporary eyes. Old captions provide a challenge for historians, museum collections and archivists of Indigenous photography. Is the right nation attributed? If a family name is written, is it correct or is it misspelled?

“The act of naming is a political act of decolonization and one of reclamation,” continues Seesequasis. “It is an ongoing dialogue between the image and the viewer. From an archival and historical perspective, it is best to be receptive to what may be differing opinions on captioning, dating and of attribution. It is not a closed door but an open window that allows for fresh and changing interpretations.”

Turning the Lens features images of Indigenous peoples from 1950s to 1960s taken by the photojournalist, Rosemary Gilliat Eaton, on loan from Libraries and Archives Canada, as well as a selection of photographs taken by Arnold Lupson, courtesy the Glenbow Archives, Archives and Special Collections, University of Calgary. Arriving in Calgary around 1919 from England, Lupson photographed members of the Sarcee (Tsuut’ina), Blood, Peigan, Blackfoot (Siksika) and Stoney Peoples of southern Alberta.

Paul Seesequasis is the author of the forthcoming publication, Blanket Toss Under Midnight Sun: Portraits of Everyday Life in Eight Indigenous Communities, Knopf Canada. His writing has appeared in The Globe and Mail, The Walrus, Brick and Granta magazines, among others. He has been active in the Indigenous arts, both as an artist and a policy-maker, since the 1990s.

The exhibition runs until Dec. 14, 2019, and is organized and circulated by Touchstones Nelson: Museum of Art and History, and curated by Arin Fay and supported by the Canada Council, British Columbia Arts Council and Library Archive Canada.

The weekly Nickle at Noon event series will feature related talks and gallery tours. All events are free and open to the public. Learn more by subscribing to updates from Nickle Galleries. 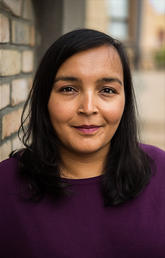 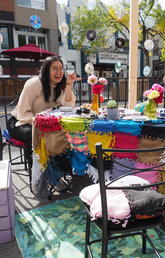 How to turn parking spaces into parks and social spaces