Pursuing a nursing degree is already a time-intensive commitment in its own right, from challenging coursework in the classroom to lab hours, clinical rotations and studying. Add competing in a varsity level sport into the picture with games, grueling hours for practices and training and you have the reality nursing student athletes face.

“Between lectures, labs and clinical practice, nursing students have very little room in their schedules for anything else. The fact that these students are able to do both is a testament to their hard work, resiliency and determination.”

This week, these four female nursing student athletes in the Class of 2019 celebrate their successes on the field and in the nursing program.

When wrestler Tianna Kennett entered the nursing program directly out of high school, she says she was drawn to “the idea of nursing and being able to be there for people in good and bad times of their lives.”

In her first year of Dinos wrestling, she was named Rookie of the Year at the Canada West Championships. She was on the Canadian National Juniors team competing at that level for two years.

In 2017, Kennett tore her knee during practice and ended up missing a season due to the injury but made a huge comeback during the 2018-19 season. She claimed a silver medal at the U Sports championship in the 55 kg category at home – wrapping up a varsity campaign that saw her earn most outstanding wrestler at Canada West.

“There are so many internal lessons I’ve learned on the mat that translate to the rest of my life: having that work ethic, doing things that you don’t want to do, having that feeling of accomplishment,” she says. “A large part of what drives me is this internal motivation to self-improve constantly and be humbled by knowing you will never get something perfect but you’ll be a little bit better than yesterday.”

During her four years in the nursing program, she found her passion in perinatal nursing. Kennett says, “I love the idea of family-centered care and it’s generally a pretty happy area of nursing. Women’s health is also big for me.”

After she walks the stage, Kennett will start training for her new job on the labour and delivery unit at the Peter Lougheed Centre where she was recently hired.

Gina Williams grew up in Souris, Manitoba, with a big hockey family where all five of her siblings played hockey. She started in minor hockey when she was seven years old and continued into high school always knowing she wanted to compete at the varsity level.

Choosing UCalgary because of the reputation of the hockey coaching staff and the fact that she had family in the city for support, she initially enrolled as a kinesiology student. However, Williams eventually transferred to the Faculty of Nursing as it was a career path that interested her growing up around aunts and cousins who were nurses.

Williams played defence on the Dinos women’s hockey team. She says, “I love the team aspect of hockey and the competitiveness of it.” In her second year, the women’s hockey team ranked 5th out of 18 teams. Williams was also named as an Academic All Canadian for the 2014-2015 and 2016-2017 seasons.

“Looking back on it, I realized how stressful it really was,” she says. “Practice was three to four times a week at an hour and a half and we trained after practice, probably four to five hours a day. I would get up, go to practice, go to class all day and train at night and repeat the next day and be away weekends for hockey games.

“It was definitely stressful but I looked at it like other nursing students had stressful situations too, with part-time jobs and families so it all put it into perspective.”

For her final senior practicum, Williams returned to Manitoba to do her clinical placement on a surgical in-patient floor at the Brandon Regional Health Centre. She’s been working full-time there since December.

Caitlin LeBlanc has been running ever since she first joined a running club in Grade 6 in Chilliwack, B.C. At UCalgary, she competed as a Dinos student athlete in two different sports: long-distance cross-country running competing in 6-8 kilometre races in the fall; and in the winter semesters, running track and field anywhere from 800 m to 1500 metres.

“With running, I really like how what you put into it, you get out of it. If you train hard and focus and you’re motivated, good things can come out of it,” says LeBlanc, who was captain of her cross-country team in her final year.

Between studies, she was training at least 10 hours a week, completing practices that were at least two hours long for six out of seven days of the week.

In the cross country nationals, her team came in third place at Canada West. Her track and field team also got first place at the Canada West Championships in the 4 x 800-metre relay.

“Nursing is a lot like sport in a way,” she says.

“I’ve learned a lot of lessons from sport to bring into my practice like resiliency. Sport always taught me there could be injuries or bad races but you can push through and get out better on the other side. I’ve also learned a lot of patience from nursing and the ability to connect with my teammates on a different level.”

LeBlanc is currently working on Unit 37, the nephrology transplant unit, at Foothills Medical Centre where she did her final practicum. She’s working with older adults, mostly with end-stage renal disease.

“When you look at this population’s course of illness, it doesn’t really get better. It’s a slow decrease which isn’t always the glorious part of nursing,” she says. “There are a lot of palliative patients. But that’s where you can make the biggest difference as a nurse because creating good end-of-life care is a really magical feeling.”

Nursing and rugby may seem worlds apart, but Coralyn Cafaro says the two are actually more similar than different.

“Every decision you make to better yourself as an individual athlete contributes to team success — in nursing it’s the same," she says. "You are in a team environment and work together to achieve a common goal.”

Throughout her degree, Cafaro started for the UCalgary Dinos Women’s Rugby team at the back-row position. During her time as a student athlete, she has helped build the team’s winning reputation, assisting in the program's first 15’s title, 7’s title, triple repeat as Canada West Conference Champions and three-time USport National Championship appearances. She also received the Dino’s Athletics Jimmie Condon Scholarship alongside other awards, including the Women’s Rugby Leadership Award.

Cafaro credits the commonalities between university sport and nursing as a huge driver in her growth both on and off the pitch. Moving through the program she found the lessons she learned as a student athlete helped foster her passion for nursing.

“It really transformed from, ‘I’m a rugby player who is going to school’ to where I was grateful, I had both opportunities. University sport is a great platform to not only develop yourself as an individual, but more importantly to make a positive impact in the lives of others. I enjoy nursing because it provides me with a similar pathway. As a nurse, I also get the chance to make a difference in someone’s life for the better.”

The third year of the UCalgary Nursing undergrad program is notoriously challenging with the volume of nursing schoolwork and practice hours. Cafaro described it as ‘a real grind’ and says it took a lot of behind-the-scenes work networking with faculty administrators, coaches and teammates to adjust and stay flexible with the often-competing schedules of sport and school.

Moving forward, Cafaro plans to continue pursuing her two passions. Like her friends and peers, she is now working where she did her final focus: on the Cardiovascular Intensive Care Unit at the Foothills Hospital. She also plans to continue playing competitive rugby with the opportunity to travel and play out of country in the near future.

“I wouldn’t be who I am or where I am without my journey as a nursing student athlete,” she says. “It has been both one of the hardest and more rewarding adventures I have ever taken. And I wouldn’t trade a second of it.” 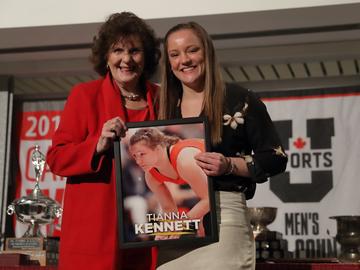 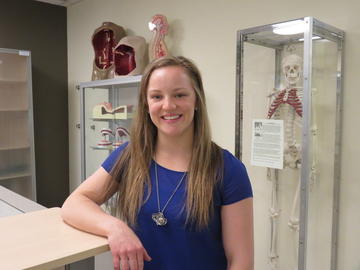 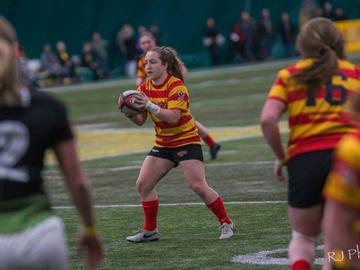 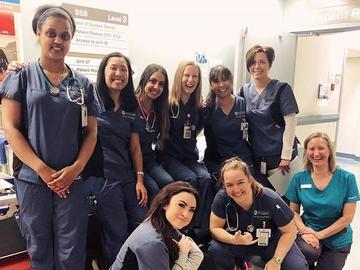 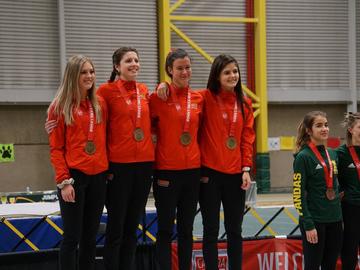 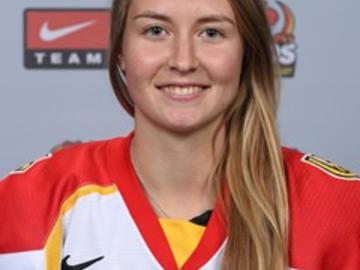 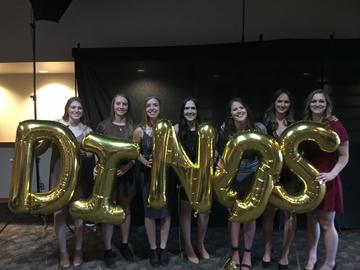 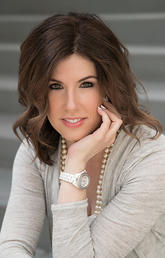