As our official Rights and Freedoms hit middle age we have to ask: What has our Charter done for women lately?

It’s been 40 years since the Canadian Charter of Rights and Freedoms came into effect in April 1982, which means that, like me, it has officially reached middle age. While many of us take the Charter for granted, this crucial document has recently been put to the test.

The COVID-19 pandemic has given rise to intense debate about where to draw the line between our freedoms and governments’ need to limit those freedoms to protect others. The pandemic has also caused an increase in domestic violence and other gender-based impacts — for example, in the employment and education sectors where women have taken on dangerous work and have struggled to juggle their paid and unpaid labour even more than usual.

This is, therefore, an opportune time to ask: How well has the Charter been protecting women’s equality rights so far?

Readers might be surprised to know that it was only in 2018 that women first won a sex-discrimination case under the Charter at the Supreme Court of Canada, and such claims have only been successful at the Court twice in the last four decades. Although women were at the forefront of lobbying for strong equality rights protections in the Charter, they continue to experience myriad inequalities in Canadian society, and our courts have not afforded women the protections they fought hard to achieve.

Perhaps this sorry record is linked to the very depth of women’s systemic inequalities. Consider gender-based violence, job segregation and pay inequity, poverty, and lack of access to housing. These inequalities are deep and entrenched, and trying to address them in the courts is challenging. The Charter only applies to government actions, and courts have been reluctant to impose positive duties on governments to rectify inequalities, especially where that would involve public expenditures. Our Supreme Court also has yet to formally recognize intersecting inequalities, despite ongoing discrimination against Indigenous, racialized and religious women and the marginalization and oppression of older women, women living in poverty, women with disabilities, and queer, trans and gender-diverse folks.

Despite these shortcomings, however, I have hope. The Supreme Court will consider a case involving the disproportionate criminalization of Indigenous women this spring and, later this year, the adverse impact of safe third-country agreements on refugee women is on the Court’s agenda. The legal tools exist to recognize these harms, and there is a new generation of legal advocates trained to sharpen these tools using feminist, queer and critical race theory, as well as disability justice and Indigenous laws. Non-legal strategies are also crucially important to achieving justice and equality — as the work of Thabo Chinake illustrates.

As the Charter turns 40, it is time for our courts, governments and all members of society to take the rights of women and other disadvantaged groups from paper promise to lived reality.

Professors publish article on Women’s Charter Equality at the SCC 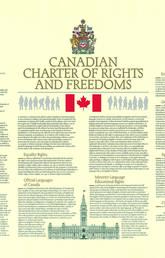 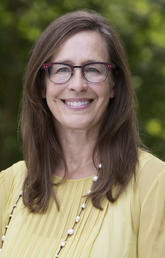 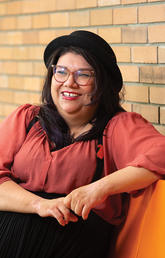