The Werklund School's Dr. Tonya Callaghan outlines why GSAs are essential for creating safe and inclusive spaces in schools

Are Gay Straight Alliances necessary? What else can be done to support LGBTQI children? Gay Straight Alliances (GSAs) first emerged as social groups for LGBTQI students, and their friends and allies, in American high schools in the 1990s. Since that time, students across Canada have increasingly established school groups. In Alberta, in 2015, legislation was passed to protect students’ rights to request and organize GSAs. However, they remain a contentious issue for some parents and political representatives. Dr. Tonya Callaghan, assistant professor at the Werklund School of Education, argues that GSAs are necessary and an effective solution in lowering all kinds of school violence, including the heterosexism, homophobia, and transphobia that many LGBTQI students experience. Highlighting the UN Convention on the Rights of the Child, which Canada ratified in 1991, Callaghan cites GSAs as one way of fulfilling a child’s right to freedom of expression, of thought and conscience, and of association. From her experience and research, Callaghan argues that requiring parental consent will have negative consequences on children and GSAs. For vulnerable youth who already feel marginalized and at risk of self-harm due to the homophobia in society at large, these groups offer a necessary safe space. 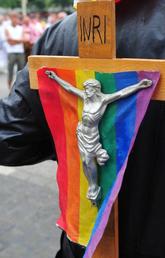 Homophobia in the hallways: LGBTQ people at risk in Catholic schools

In the News: UCalgary UToday

Graduate students and supporters recognized for excellence at GSA's annual Awards Gala, including award recipients from Chemistry and Geoscience

Why gay-straight alliance clubs could sway the Alberta election