Arts alumni are an accomplished crew. They have great advice for students and fellow graduates, and know that arts degrees teach skills that are sought-after in the professional environment.

Gail Whiteford BFA’73, BEd’84, taught high school Drama and English in Canada and Australia for 37 years before retiring. In 2006, she received the Alberta Teaching Excellence Award, and was runner up for both the YMCA Peace Award (2005) and the Women of Excellence Award (2009).   During that time, she also worked in theatre as an actor, writer and director for a number of theatre companies and as a Standardized Patient/Client for the UCalgary medical and veterinary faculties. After retirement, Gail returned to UCalgary where she taught Drama 564 and worked as the Artistic Director of Aspen Crossing Theatre in Mossleigh, Alberta.

What is your favourite University of Calgary memory?

The drama program was so small back in the early 70’s, with only about 60 students. We were all very close. What I liked the most was the diversity of the programme, with movement, Claude St Denis teaching a workshop on mime (and telling me never to do it again), Swords with JP Fornier, makeup with John Cox and so on.

What was your favourite campus hang out spot?

The prop loft for sleeping.

If you could give one piece of advice to an undergraduate completing the same degree that you did, what would it be?

Learn the business part of the business and realize that there are so many different kinds of work, not just stage or film. Keep learning and taking workshops to expand your salability.

How has your career evolved?

When I graduated all I wanted to do was act. Now I have taught school, taught workshops, run my own company and gone into directing and writing. This is a career that changes with aging and can last forever, but only if you are willing to change and adapt.

What is the best thing about your job?

Seeing my students and my casts light up with excitement when they realize they can understand and succeed. Also the diversity of what you can do within the overtitle of “Theatre” or “Drama” if you are willing to look outside the box. There is no one job, but rather a multitude within the umbrella of the word Drama.

How did your arts degree help you get to where you are now/your current career?

I taught Drama for 35 years in public schools, 9 years at UCalgary teaching future Drama teachers and now teaching seniors and doing workshops in schools and at conventions. The diversity of the Drama Programme at UCalgary expanded my repertoire of what I could do. At the end of first year I was told not to pursue my acting career. High point was sending a copy of my first acting cheque to my Acting 200 prof.

The theatre community in Calgary is tight knit and supportive. We met through the Drama Dept, and have remained in contact, whether on stage or socially for over 40 years. They were, are and continue to be my support and my community. 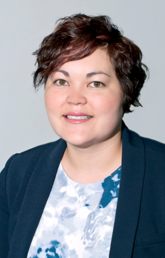 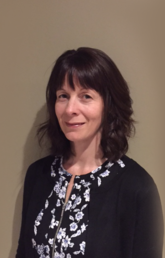