Alexander Magidow on Arabic Linguistic Diversity Across Time and Space

On October 19, 2018, Dr. Alexander Magidow delivered a lecture about different varieties of Arabic and the relationship between classical Arabic, Modern Standard Arabic, and the range of Arabic dialects spoken today. He described the types of similarities and differences that exist among Arabic dialects today and provided striking examples of the ways in which they differ, for example in high-frequency lexical items. Dr. Magidow also highlighted exciting new research in the field that challenges the conventional narrative of the Arabic language’s origins. While many have claimed that Arabic emanated from the southern region of the Arabian Peninsula, recent findings show that Arabic was used in the Levant and written in a form different from the one that Arabic eventually took. Varieties of Arabic also developed certain characteristics in contact with other languages.

He also touched on challenges that linguists face when studying the historical spread and development of the Arabic language. For example, there is speculation about why Arabic became the dominant language in some parts of the Islamic world but not others. 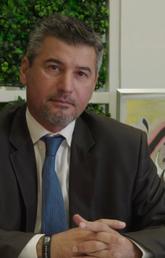 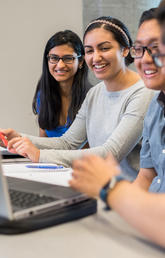