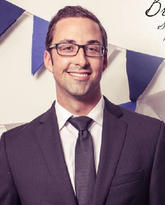 Wesley Ernst is a Support Technician for the undergraduate teaching labs as well as a lecture demonstrator in the Department of Physics and Astronomy. He is one of two senators representing AUPE. Wesley received his Bachelor of Science (Honours) in Experimental Physics from the University of Guelph in 2008. In 2013, he completed his Master of Science degree in high energy particle physics from McGill University where he worked on the ATLAS project based at the Large Hadron Collider. Shortly thereafter he moved to Calgary from his birth place of Hamilton, Ontario to begin his career at the University of Calgary.

Wesley has worked diligently to create and foster meaningful relationships at work and within the community. His passion for physics has driven him to engage with a variety of outreach activities through the Department of Physics and Astronomy as well as other groups within the University. Sparking excitement around physics has always been a difficult task. In light of this challenge, Wesley utilizes the plethora of fun demonstrations that have been curated by the physics and astronomy department to show the world that science, especially physics, can amaze and speak to our deepest curiosities! Some of the outreach events in which Wesley has assisted include, ExploreIT to promote STEM education to female high school students, the Chancellor’s Challenge Charity Golf Tournament, Particle Physics Masterclasses, the annual University of Calgary Open House, professional development days for teachers, and the annual Rollercoasterology event at Callaway Park for high school students. Wesley has also recently helped organize and execute the first ever physics summer camp with the amazing staff in the University of Calgary Active Living department.

When Wesley isn't displaying physics demonstrations, you might find him volunteering with his church as a youth leader and minister, playing ultimate frisbee, hiking in the mountains, supporting his wife's ringette team, or taking in a good ol' hockey game.

Wesley is extremely excited to work with the senate and to contribute in any way he can.