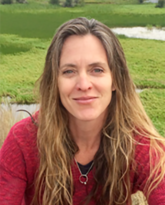 Shelley is one of Canada's few international experts in wild canid ecology. She specializes in the conservation of coyotes and wolves, and was a pioneer in the use of geospatial analysis in conservation.  Shelley received her MSc. and Ph.D. at the University of Calgary and is now a Full Professor in the Department of Geography at UofC.

Most recently, she launched the Foothills Coyote Initiative, funded by SSHRC. Her other research collaborations include: Swift fox habitat analysis (with the Conservation Science Centre - Calgary Zoo), large carnivores and road effects in the Yucatan, MX (with EPOMEX, Autonomous University de Campeche), hurricane effects on howler monkeys in Belize, and painted dog conservation in Zimbabwe. Shelley is an advocate for animal welfare in science and her Canid Conservation Science Lab (www.ucalgary.ca/canid-lab) promotes the principles of Compassionate Conservation. She teaches Animal Geography, Biogeography, Conservation GIS, and Philosophy of Science.

In her professional volunteer work, Shelley currently serves on the Science Advisory Boards of Project Coyote, USA, and Coyote Watch Canada. She previously was a member of the Board of Directors for the Society of Conservation Biology (N. America) and the Miistakis Institute of the Rockies (MRU), and volunteered with the IUCN-Conservation Breeding Specialist Group. Shelley also served 7 years on the Calgary Foundation Environment and Recreation Grants committee and engages regularly with the Calgary community through media interviews, public presentations and guided field trips (e.g. Jane's Walk - Calgary, Wildsmart Speaker Series – Canmore, Wings over the Rockies - Invermere).