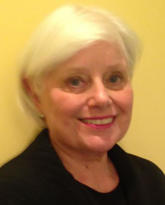 She also spent many years as a curriculum developer and supervisor with the Calgary Board of Education. During her time as a secondary school principal, Diane initiated the academic program for the Alberta Ballet School of Dance, founded the Calgary High School Gifted Program, developed new school support programming for English Language Learners, and helped develop and implement a career planning program.

Diane has received awards for her work in curriculum development, school library programs, and as an educational leader. Locally, nationally and internationally, Diane has promoted the University of Calgary to students and parents. Later in her career, Diane was the Executive Director  of the SEEDS Connections Foundation in Calgary.

Now retired, Diane enjoys travelling, supporting the arts, and volunteering in her community, including her work as a panel member on the Government of Alberta Attendance Board, and as a project lead for imagiNation 150, planning youth programs and engagement in celebration of Canada’s 150th birthday. Diane is pleased to be an ambassador of U of C, participating with her “Eyes High” in the vision for its future.