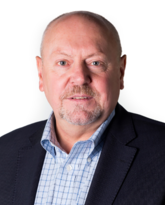 Bill (B.A. U of A ’75; B. Arch. UBC ’78) is one of Canada’s leading architects. He has overseen the design and construction of over 700 buildings, including the development of a number of institutional facilities throughout the world. He successfully combines his extensive design experience with his inclusive and direct leadership style. His work has been published extensively, and much of it has been awarded prestigiously including a Governor General’s Award for Architecture, AIA Justice Facilities Award, Canadian Architect Award of Excellence, City of Calgary Mayor's Urban Design Awards and several Alberta Association of Architects Awards of Excellence. Bill was awarded the U of C Internationalization Award for his work promoting Canadian professional services around the globe.

Bill is passionate about strengthening ties between the U of C and the community. This stems largely from the relationship he has built with the U of C as a volunteer, as the architect of a number of the campus facilities, and as a parent whose three children all attended the U of C, achieving six degrees in total. He is honored to be able to continuing serving the U of C through his role on the Senate.