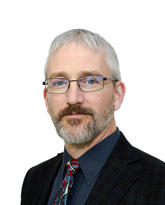 As a member of the Board of Governors, Allan also sits on the University Senate.  In addition to his regular duties and his involvement on the Board of Governors, Allan is involved with the UCalgary community through his involvement with the Alberta Union of Provincial Employees as well as sitting on an advisory committee with one of the chaplaincies through the Faith and Spirituality Centre on campus.