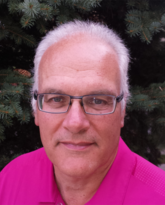 Robert Ferguson is a native Calgarian and UofC grad (class of 1979) with a Bachelor of Arts in Political Science. While a student, he played Dino football. His teams won two Canada West championships and Rob was named to the CIAU All Canadian Team in 1977.

Upon graduation he accepted a job as an Immigration Officer with the Federal government. This was the beginning of a 35 year career with the federal public service during which he held various positions with Citizenship and Immigration Canada at port of entry and inland operations. He retired in 2014 as the Area Director for Calgary and southern Alberta

Rob and his wife Shelley are the proud parents of three daughters, two of whom are recent UofC grads (though the third has bucked the family trend and is heading to Guelph in the fall). With his daughters attending the UofC, his interest in the activities, goals, and success of students and faculty at the University of Calgary was rekindled.

Rob is very excited to be a member representing the community on the UofC Senate. He enjoys being on campus and is looking forward to enhancing the University’s position in the community as well as promoting and celebrating the success of the UofC and most importantly its students.